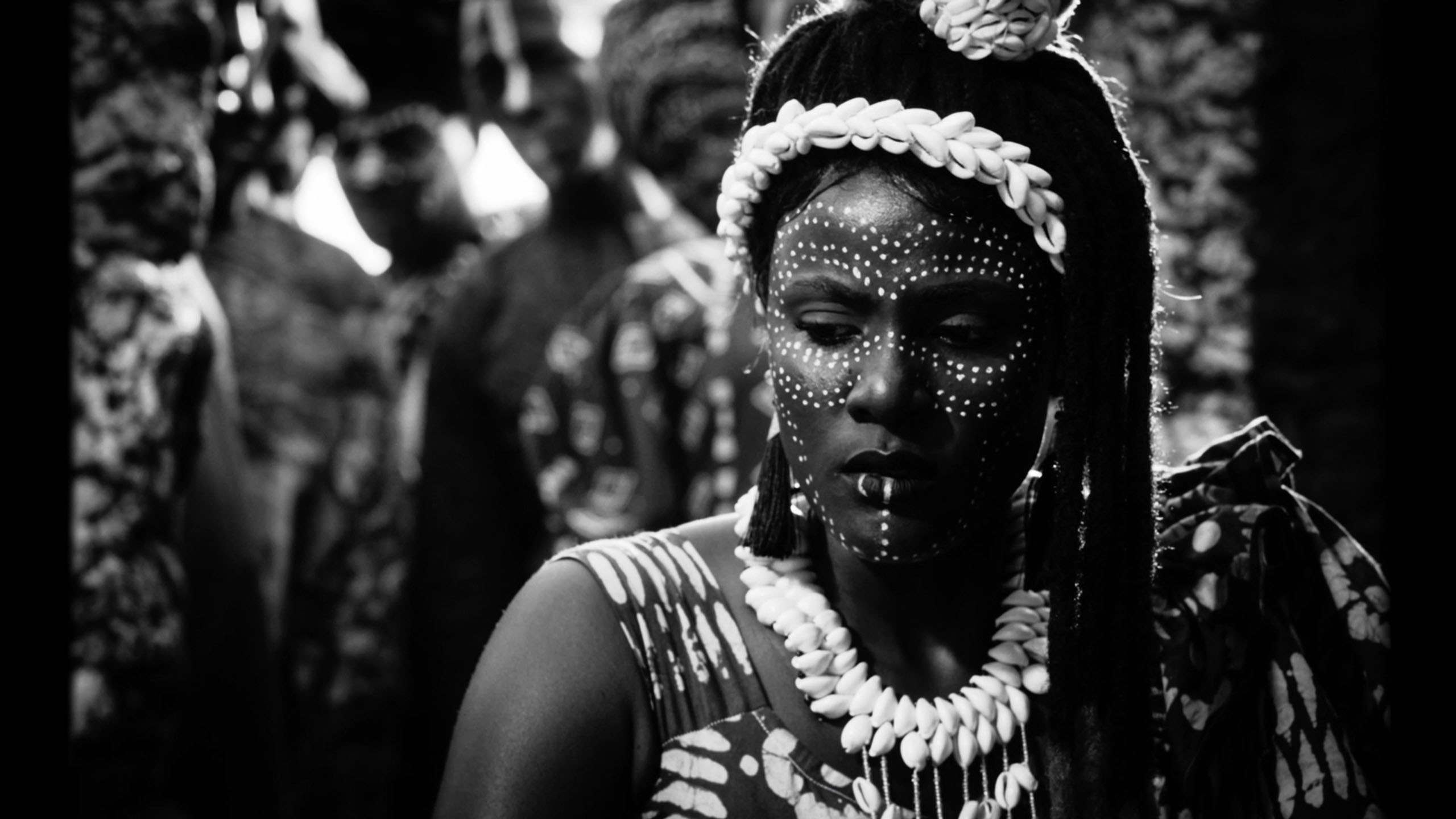 In the oceanside village of Iyi, the revered Mama Efe (Rita Edochie) acts as an intermediary between the people and the...

In the oceanside village of Iyi, the revered Mama Efe (Rita Edochie) acts as an intermediary between the people and the all-powerful water deity Mami Wata. But when a young boy is lost to a virus, Efeâ€™s devoted daughter Zinwe (Uzoamaka Aniunoh) and skeptical protÃ©gÃ© Prisca (Evelyne Ily Juhen) warn Efe about unrest among the villagers. With the sudden arrival of a mysterious rebel deserter named Jasper (Emeka Amakeze), a conflict erupts, leading to a violent clash of ideologies and a crisis of faith for the people of Iyi.

C.J. â€œFieryâ€ Obasiâ€™s potent modern fable deploys vivid monochromatic black-and-white cinematography, rich sound design, and a hypnotic score in a folk-futurist style both earthy and otherworldly. Obasi depicts a pitched battle between opportunistic militants promising technological progress and a matriarchal spiritual order living in fragile harmony with the ocean. Mami Wata transports us to a place that seems both suspended in time and perhaps running out of time, as the threats of modern life wash up on its shores.